7 Things You Want to know About Poltergeists 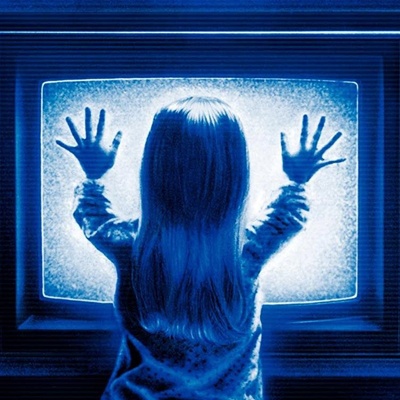 It’s almost Halloween, meaning it is the time of the year when the paranormal is on everyone’s minds, and people all over the world celebrate all things supernatural.

Of particular interest are always the ancient stories and takes of ghosts, ghouls and poltergeists.

If you are unfamiliar with the term and didn’t know already, the term poltergeist comes from the combining of the two German words “poltern”, meaning “crash” and “geist”, meaning “spirit or ghost”. This is because, usually, you would be alerted to their presence in the area due to them making noise.

Reports of poltergeist activity date way back to the first century, although the reporting is much less common than traditional hauntings. Despite this, due to the common erratic nature of the poltergeist-assumed activity, the phenomenon has generated several major films and TV programmes across the world.

So for this spooky season, we have combined a list of the 7 most important things that you should know about poltergeists.

1. No one knows or can agree on, what they really are

Many parapsychologists have determined that poltergeists are a type of ghost or supernatural entity. They see them as mainly responsible for not just physical disturbance, but also for psychological disturbance. Others believe that what could be deemed as poltergeist energy actually originates from “unknown energy”, which is associated with a living person or location.

Although, as with many phenomenons of paranormal nature, many sceptics actually prefer simple explanations such as people playing tricks, or seeking attention as the explanation.

2. Poltergeists seem to have a gender preference.

It has been noted throughout the history of poltergeist hauntings that they are usually attached to or involve in some way, a female adolescent who is usually suffering from some kind of emotional turmoil when they begin to experience paranormal activity.

But, not all people who experience poltergeist encounters are teenagers. Research has shown that the age of people reporting poltergeist-related experiences ranges from 8 to 78 years of age.

3. Some of the most famous poltergeists have been debunked as fake

Throughout history, many poltergeist sightings or reports have been debunked due to the findings of blatant evidence of pranks. People have searched the apparent scene of the activity and have found evidence such as nylon threads attached to light fixtures and paintings that apparently started swinging due to “paranormal activity”

4. It is common for Poltergeists to move and mess with your stuff

The pattern of Poltergeist activity usually begins with small isolated incidents that you would not recognise as paranormal individually. For example, unfamiliar sounds or objects moving without memory of you doing so, such as your keys or your phone moving from their usual place. Poltergeist activity can last from five months to even several years in some cases.

5. Some researchers believe that emotional stress can cause increased activity

Ghost hunters and paranormal investigators have previously noted that poltergeist activity is actually the manifestation of strong emotions of troubled individuals which have been increased in times of great stress.

This is known as Spontaneous Recurring Psychokinesis and suggests that the stress and pent up energy of certain individuals going through a traumatic time can even project outwards into the physical environment, producing the paranormal activity attributed to poltergeists.

6. Some believe poltergeists are the spirits of the dead

One of the most common beliefs about poltergeists is that the spirits of the dead are responsible for poltergeist activity. Many of these people also believe that the individuals that experience poltergeists have an underlying intelligence meaning they can communicate with a being from another world, a power not possessed by every person. This is in line with the belief that consciousness, or a persons soul, survives beyond bodily death.

7. Sceptics put a lot of paranormal activity and sightings down to misinterpretation

Perhaps the most common argument against paranormal activity being real is the notion that people may misinterpret information and see things as they would like, rather than how they really are, when they believe that a place is haunted and they are looking for evidence to confirm this.

It is true that a lot of unknown sounds and happenings could be put down as a paranormal encounter. It can also be said that a lot of poltergeist activity can be attributed to an inaccurate perception of naturally occurring phenomena.