Are Ghosts Real? What Is The Science Behind Them? 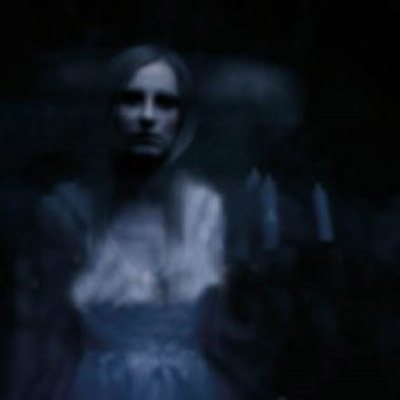 Here at SpiritShack, we have built our belief around ghosts being real, but we understand that not everyone has the same thought process as we do; we have decided to put together a blog post on whether ghosts are real and what the science behind them is. Everyone thinks differently regarding spirits; whether you don’t believe in them or are entirely sure you have seen one, we always keep an open mind.

It does seem like most people are confident that ghosts do exist, near-death experiences and haunted houses are the most common places ghosts have been sighted, or they are reciting stories that their family members have told. But the main question is, what is the science behind it? Let’s take a look together through this blog post; we have tried to explore the theories behind ghosts and give you the information to decide whether or not you believe.

The definition of infrared sound is that it is so low that humans cannot hear it; this low frequency can cause a range of feelings for us, one of the main ones being high discomfort. The side effects of hearing low-frequency sounds include panic, heart rate fluctuations, blood pressure changes, and disorientation; these are all also associated with the side effects people feel when they see a ghost. It is argued that the side effects of low frequency are too similar to that those reported by ghost hunters. Still, similarly to the electromagnetic field theory, low-frequency sounds could be created by ghosts.

When it comes to infrasound and ghosts, the theories based on both are too similar for anyone to decipher, which is correct; it is a case of you believing in what you wish to think. The sightings of ghosts have all come with the exact effects of low frequency, but what do you think? Is it just our bodies reacting to sound we can’t process, or is it the eerie cries of ghosts?

Believe it or not, but mould can raise questions about whether ghosts are real or simply a phenomenon of rouge mould particles. This one is purely a topic for you to think about rather than being able to say if ghosts are real. But alike to the infrared sound and the electromagnetic fields, is mould found in locations where ghosts have reported a coincidence purely?

Could it be that the mould and moss growing in these derelict locations have a poisonous property? Could this be the reason wherever there is a ghost sighting is more than likely to have both mould and moss? What do you think about this correlation?

Finally, whether a scientific argument or not, but it is thought ghosts are purely word of mouth thoughts, do we believe a house is haunted because someone we spend time with has told us? Or because we have watched a ghost hunting story on TV? It is more common for people to say they have seen a ghost or witnessed a paranormal activity if they were with someone who will correlate their story, whether this is because they don’t want to seem like they are making a story up, or they need reassurance that a ghost was seen, it is more likely to happen.

Again, what do you think? Have you seen a ghost? Or maybe something you couldn’t quite explain?

It is important to remember that many people believe in ghosts and spirits, but their science remains a mystery. That said, if you want to learn more about how these entities have been interpreted by different cultures around the world or what they may mean for your life personally, we encourage you to contact Spirit Shack at any time.

We’ll be happy to connect with you through email or phone so that we can answer all of your questions and provide guidance as needed. Our team would love nothing more than being able to help those searching for answers find peace of mind from their spirit friends! And if you do decide to try your hand at ghost hunting, our team can offer you some of the highest quality ghost hunting equipment on the market today.