Our Rem pod Bears have the exact same circuit as the Rem Pods. They detect static electricity around the antenna. Static electricity is given off by humans, and spirits. We have two versions, one with sound and one without. You may need to silent version if you want to carry out EVP sessions while the bear is in use, as the noise from the alarm could interrupt the audio. Both bears have sensitivity levels; the stronger the static detected the more lights will go off. These are perfect for locations where they are known to be spirit children, as kids like to play with toys!

How Do Rem Pods Work?

We stock a large range of Rem Pods at SpiritShack, all of which can be used differently. RemPods work by using an antenna to radiate a magnetic field into the environment. The RemPod or Rem Pod Bear then alerts you if anything breaks that magnetic field, whether it’s of human or spirit origin.

Some of the versions of RemPod we carry, such as the Rem Pod Mel-8704R REM-ATDD even allow you to set baseline levels, leading to a much more accurate reading as you are able to adjust the baseline settings depending on the environment in which you are carrying out the experiment. This means that you will be alerted if any of the levels move rapidly beyond the baseline level. The ATDD stands for Ambient Temperature Deviation Detection, which basically means that the device will alert you of any changes in the temperature with an audible tone.

All of our RemPods are highly sensitive and will alert you to even a small break in the magnetic field emitted by the device. Our SpiritShack Spirit Pods for ghost hunting have a number of LED lights on the top, and will alert you with a different amount of LEDS depending on the strength of the signal. If it is a weak signal, then 1-2 of the lights will light up, and if the signal is strong, all 4 lights will go off. 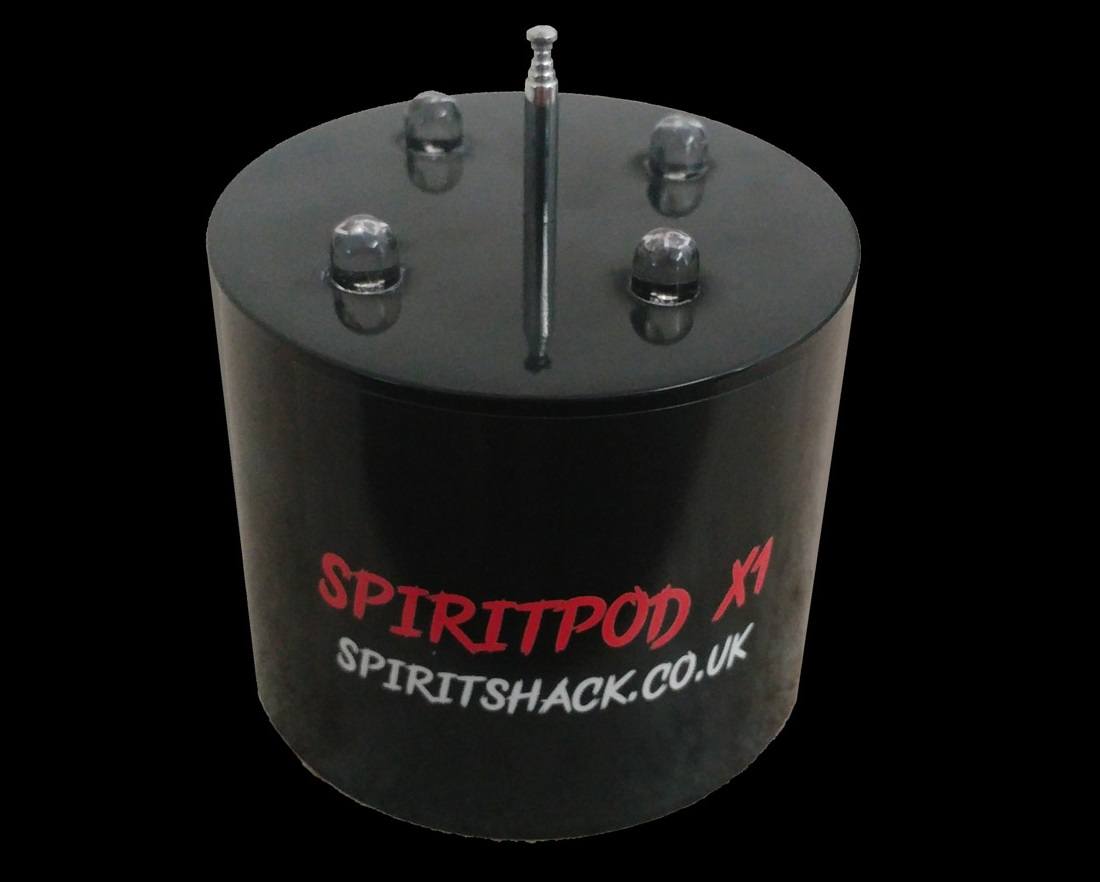 Our RemPod bears are the perfect addition to your kit for cases where you might come across some child ghosts. The bears come with sound/without sound for if you are also recording audio throughout the paranormal investigation, including EVPs. When using the Rem Pod Bears, paranormal investigators have found great success as it seems the child ghosts enjoy interacting with them.

You can use the Rem Pod Bears, and also our standard Rem Pod devices as trigger objects, allowing you to interact with paranormal entities and spirits and ask them questions, asking them to trigger the device for a yes/no response to your questions.

Rem Pods have long been regarded as one of the best pieces of equipment to use for ghost hunting, and are an excellent addition to any professional ghost hunters kit. We recommend purchasing at least one Rem Pod device, and also possibly a Rem Pod Bear depending on the type of investigation you are carrying out.

The Rem Pod was created originally for the Ghost Adventures team in the USA. Since then, it has entered into mainstream paranormal investigations. It was created by Gary Galka from DAS Distribution. Galka, an application engineer, first created the Mel Meter 870R which is a handheld device very similar to the RemPod.

The REM POD is a small and compact device, which is considered to be an essential item in the world of ghost hunting equipment. The word REM stands for Radiating Electro-Magneticity. A Rem Pod is characterised as having an antenna that covers a range of 360 degrees. It can detect disturbances and changes surrounding the antenna. The Rem Pod creates an electro-magnetic field, which is believed to create energy for spirits to use to communicate. The Rem Pod uses sound and lights to alert the ghost hunter once it has been triggered.

Most people are naturally curious about the paranormal and supernatural realms, and some have quite strong beliefs. According to our survey, half of Britons believe in ghosts — but belief in the paranormal doesn’t mean everyone fears supernatural beings. To …

Maybe you’ve seen signs of ghosts in your home and want to learn more about them. Or perhaps you want to reach out to a deceased family member. Believe it or not, you’re not alone. According to our survey, nearly …

Death is a natural part of life, but what happens after we die? Amid this uncertainty, it’s natural that we try to find an answer. We wondered how Brittons view the afterlife, so we surveyed more than 1,000 people in …

Encounters with ghosts are more common than you might think. In Great Britain, 28% of those polled said that they’ve felt the presence of a supernatural being, and 34% said they believe in ghosts. In fact, people have reported …