Cold Spots – Could it really be Paranormal? 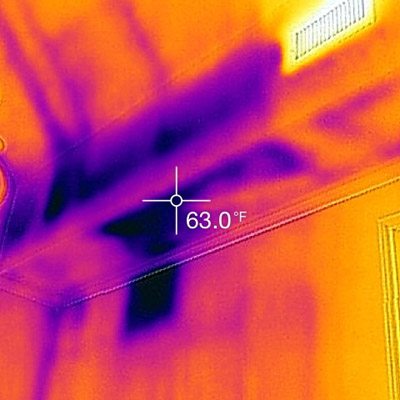 People wanting to delve into the ghost hunting world often want to know what signs there are to catch the presence of a spirit. They want to look out for what could be signs of spiritual activity. Signs of this could be obvious, for example, visual sighting of a ghost, or EVPs caught on tape, or disembodied voices. These things offer evidence of the presence of spirits. It could be an ordinary spiritual presence or a haunting.

Ghost hunting shows often show us evidence of shadow people, objects moving without assistance, and echoes of voices that do not belong to the living. Most spirits are not powerful enough to demonstrate their presence so clearly to us. Even in these television shows, these instances are hardly ever legitimate. The reality is that any encounter with spirits will tend to be subtle. There is one sign that is constantly being spoken of by Spirit hunters: Cold Spots.

What is a cold spot?

A cold spot is a space that is unusually cold in comparison to the surrounding areas. They are not known to be subtle in the temperature changes. Cold spots are known to dip down to 20-40 degrees Fahrenheit, compared to areas just feet away.

There is no way to explain a cold spot. Cold spots are just a Paranormal definition. For an area to be classified as a cold spot. There has to be no logical explanation as to why that spot is so comparatively cold to the spaces surrounding it. For example, opening the door of your fridge would not create a cold spot.

They are not be confused with a gust of wind or cold air in general. Cold spots are known to be unnaturally still. They are areas that no matter how hard you may try they cannot be heated up.

Where are cold Spots found?

Cold spots are found anywhere. It is rare to seek them out in nature. In nature, there can be tonnes of factors that may throw you off of what you think is a cold spot. All because it makes you uncertain if you think you’ve found a cold spot in nature. It may have you wondering “Have I found a legit cold spot?”.

Spirits are often found seeking refuge in buildings because of the difficulties nature can impose on finding them. People believe that abandoned buildings are the best place to seek them out.

Can cold spots move around?

In short, the answer is yes. They often tend to move around. When they do this it doesn’t feel like a gust of wind. The air will stay completely still, it’s just an icy feeling that drifts from one spot to another. Many paranormal researchers believe this is the ghosts or spirits moving around. Many people claim they can feel a cold spot moving through them sometimes.

Why are cold spots seen as a paranormal activity?

Many paranormal researchers and scientists believe that if ghosts are existent they are entities of energy. For spirits to manifest in our world they would need to collect energy from their surroundings. A form of energy is heat, and it’s a possibility that spirits siphon heat for their purposes.

Yes, is the simple reply. The long answer is that it all depends. Here is what we must remember about cold and strange areas, and why it may be beneficial to take things with a pinch of salt.

Not all cold spots are known to be paranormal-natured. Sometimes they can be a result of the movement in a room. There are many reasons they appear. It can include disturbances with humidity fluctuation or a change in the air.

When we look at Ghost hunting diagnosis, we may have misread what cold spots indicate, many people think that cold spots may be a random coincidence. In a study it’s been revealed, that cold spots tend to be less humid than the surrounding areas.

There is always the chance that we were just fooling ourselves when we said that cold spots meant paranormal activity. This is why skeptics aren’t entirely convinced of the idea that cold spots can be a sign of spirits.

The believers take on cold spots

Studies show a clear link between humidity and cold spots. Although the truth is told, not everything is explained. It wouldn’t be telling the truth to say that there wasn’t a clear correlation between cold spots and recorded evidence of paranormal activity. It is said amongst many that cold spots are a better place to find more serious phenomena.

It is not an uncommon thing for ghost researchers to experience a cold spot before EMF readings go haywire or a shadow person is seen. Many people claim to experience them during seances, experiences with ouija boards, or other similar rituals. Some might even claim its precursor to visual activity or audio from the unseen.

As far as we know the humidity correlation is hard to discredit, but it is also hard to assume that we know much about the spirit world or how they work because to us it is the unknown. For all, we know Ghosts may not be water-averse.

Your Thermal Imaging Camera will be your best friend! In this case, infrared cameras will be the best bet. These pieces of equipment are made to find cold and warm areas! They can help show you how big the cold spot is and help you narrow down its sources!

This device has given credibility to the fact that we believe cold spots happen when ghosts manifest. After all, there have been cold spots found that was in the shape of people! Cold readings that happen to be in the shape of humans aren’t possibly going to show up if somebody was alive. So, it gets you thinking “Well what else could it be?”

Ghost or something Mundane?

Cold areas in rooms that can be fixed by opening a window and a little insulation is an example of a mundane issue. There may be times you cannot figure out “why” but you may feel like nothing else is happening. This doesn’t tend to happen with a haunting.

Ghostly activity tends to have more than one sign of a spirit’s presence. If cold spots appear it’s because a spirit is trying to manifest itself. Cold spots are one of many things that you are likely to experience. The other signs are malfunctioning electronics, batteries might drain quickly or you may just get a general feeling that you are not alone.

After staying in a potentially haunted area for a long period, you may see other signs of paranormal activity. The paranormal activity might seem to escalate once used to the people who are frequently around the ghost or spirit. You may experience strange dreams, see shadow figures, or even hear voices.

Cold spots aren’t always present, but to come across them on a hunt may mean you’re in luck. They act as a hotspot for activity so maybe set up your equipment nearby and try to interact with spirits! People are more likely to be successful with contacting during their hunts!

If there is a cold spot lingering the belief is that a spirit wants to contact or to be seen! Best to hang around to see if you are successful! It wouldn’t be trying so hard for you to see it if it didn’t want to be seen! Many believe it’s a spirit’s way of saying “I’m here!” So when you go ghost hunting keep an eye out for any cold spots you come across!

If you would like more information on Cold Spots, feel free to contact us, our friendly team are always here to help.