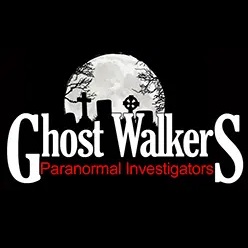 Ghost Walkers have been on some fascinating investigations. They have been to some extremely haunted places including ruins, churches, and forts. They Have been looking for new places to investigate and have already started making a list. Here are some of the locations they want to investigate and their history. All these places have had many sightings, so if you are wanting to check these places out, you will be highly likely to find what you are looking for.

In 1655 the plague hit this little village and left many stranded there due to it being a remote area. This left them to deal with the disease, which caused masses of deaths. Many believe there are many lost souls in the village. It is said that the vicar left the villagers behind to survive. Many have said that they can see a figure that is struggling along the chute causeway. They believe this to be the vicar trying to get to the top of the hill hoping for the forgiveness of the village folk, so he can join them.

The Angel Inn claims to be one of the most haunted inns in Britain. This place sits in one of the most scenic countrysides that the UK has to offer, Lymington Hampshire. The Inn has been sitting in the heart of the New Forest since the 13th century. This Inn is rumored to have 6 ghosts that lurk in its halls. Some guests have said that they have sighted at least 1 of the 6 ghosts when they stay.

THE FOX AND HOUNDS PUB

The Fox and Hounds Pub is haunted by the ghost of a former landlord. The Landlord met his fate when he toppled over on his chair, straight into the fire on New years eve. His favorite place as a ghost was in the cellar. Many Customers and staff have sighted his ghost. Many of the staff refuse to go into the cellar to switch out the barrels unless they have somebody to go with them.

Netley Abbey used to be the home to Cistercian monks. The one they called “Blind Peter” was told to guard the treasure on his death. The treasure is rumored to be located at the end of a long, dark hallway. It is said that a few have tried to find the treasure but nobody has succeeded as of yet. One explorer even got so spooked by what he saw he said that it had “frightened him to death. “by what he believes to have witnessed.

Hunted by one of its previous owners who lived in the mansion back in the 1940s, The Lyndhurst Hotel is know known for being a real-life haunted mansion. Known for his lavish lifestyle having luxurious parties and gatherings, the Duc shared his home with many guests. Many say they see the ghost of the 1st Duc de Stacpoole who passes away in 1948 on the 7th of July. On the anniversary of the Ducs death guests and staff say they can hear an eerie sound of music coming from many of the rooms in the home. Many people say that they are feeling watched or not alone when they enter the home and many have said to have sighted him staring at them through a window.

To find more locations recommended Visit Ghost Walkers and take a look at your next investigation location.