Most Haunted Locations To Visit In Sheffield 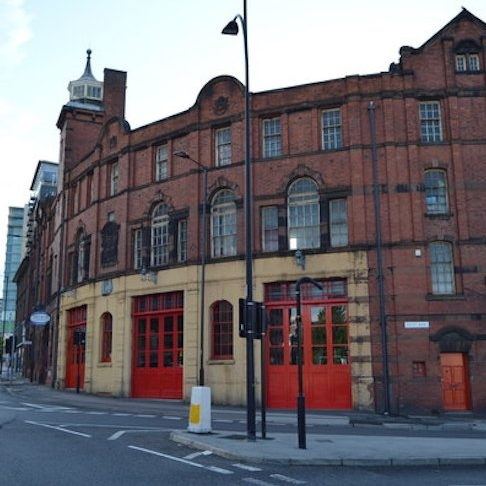 If you are discussing Yorkshire with anyone, it is more than likely that you will find yourself referencing “God’s Own Country.” But if you talk to someone who lives in Sheffield, you will hear the term “god’s city”, this is quite the statement, especially considering it is a hive of activity for paranormal and ghosts. Our team here at Spirit Shack have been providing ghost hunters in Sheffield with a vast range of ghost hunting equipment, all of which is perfect for taking to any of the haunted locations we have listed below.

Do you believe in ghosts? Have you ever been to a haunted location? If not, here are some of the most haunted places around Sheffield. In the heart of England’s Steel City, there is a wealth of history and stories that go back centuries. This includes tales of hauntings from people who have lived or worked at these places for many years. So if you’re looking for something spooky to do this Halloween season, why not take a trip around Sheffield and see where it takes you! You never know what might happen.

Have you ever drove along a bypass and felt the hairs on the back of your neck stand up? If the answer was no, you have never been to the Stocksbridge Bypass. When it was initially built in 1988, due to the long hours the workmen were asked to work, they opted to sleep at the Stocksbridge bypass, where the hauntings started. Workers who slept along the bypass reported hearing children laughing; it is strange considering the bypass is nowhere near any housing estates or property.

The workers would wake up and look around for the children they could hear; at first, they wouldn’t find anyone, but after a short, while children would be seen dancing and playing in the distance, but disappear sharply when they noticed the workmen were awake. If this wasn’t strange enough, police were stationed on the bypass to watch for any unexplainable events.

During the police stakeouts, nothing happened for a long while, until one evening, a figure stood at the car door. After investigating, the policemen found nothing, so they decided to drive further down the bypass to be in a car accident. It is said the car span off the road but had no damage. The same policemen were in around four accidents that night, producing no evidence other than the shaken and scared officers. Since this night, drivers over the years have encountered a hooded monk figure on the Stockbridge Bypass, making this stretch of road the most haunted in the UK. Are you brave enough to drive it?

Known as one of the most haunted pubs in the country, the Old Queens Head has been home to a spirit that haunts the ladies room in the pub; only women have ever reported this ghost that unlocks doors of occupied toilets. After an expansion to the pub, the spirit started leaving a pint at the end of the bar every night!

As expected, the landlord fully believed that the pub’s staff playing a prank on him, but he was not happy with it due to the wastage. A pint every night for a few weeks is a waste of the pub’s finances. To find out if it was his staff or one of his elderly patrons leaving their last pint, the landlord tasted the drink to see if he could determine where it came from, believe it or not, but he didn’t sell the beer. That was in the pint glass!

To get to the bottom of the mystery beer that kept appearing every night, the landlord decided to take action; he pulled a pint and placed it at the end of the bar before going to bed; when he went back down the next day, the pint was gone. Adamant he was going to catch the culprit, he installed CCTV in the bar area, since then the mystery pint never appeared again. Patrons travel to the Old Queen’s Head and now buy pints to leave for the spirit believed to haunt the pub; it is only ever drunk on nights the electric goes out…

The Fire and Police Museum in Sheffield is always a popular spot for history buffs. It is an old combined station steeped in history, but it is also a regular go-to spot for ghost hunters and paranormal investigators. The museum owners welcome ghost hunters on overnight experiences where you can set turn up with all your ghost hunting equipment and see if you can get a reaction from one of the many spirits who live in the museum.

Cain is the most famous spirit in the museum; he will be more than happy to tell you the story of how he was a prisoner back when the police station was active; he will even take you to where his cell was and let you feel the sharp cold snap of a cell. However, cross the threshold into the cell, and Cain will turn violent; he does not want people in the cell he called his home for several years; he wants you to know he spent his life there and died in the cell.

Over recent years Cain has been known to send glass flying across the room in anger at hunters entering his cell; he also has tried to attack visitors on multiple occasions, making his anger known. If you want an encounter with a ghost that is informative and enjoyable, do what Cain asks, and you will be fine; cross the line into his cell and be it on your head the repercussions.

If you’re looking for a good scare this Halloween, you don’t need to go too far. There are plenty of haunted locations in Sheffield that will satisfy your curiosity and keep the hairs on the back of your neck standing up! Whether it’s pubs or historic buildings with grisly pasts, we’ve compiled a list of 3 places where spirits might be lingering just waiting for someone like you to take them home. There are hundreds more to visit; you need to do your research.

So if you’re ready to explore one of these most haunted locations in Sheffield, then contact Spirit Shack today, and we’ll give you all the information about our own experiences as well as any other spooky happenings going on around town. For happy ghost hunting, get in touch with our team; we will help you get all the best ghost hunting equipment to help you communicate with spirits and ghouls along the way.