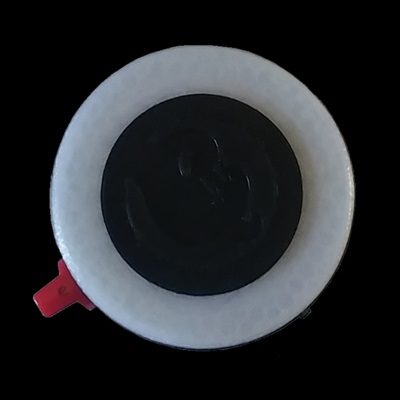 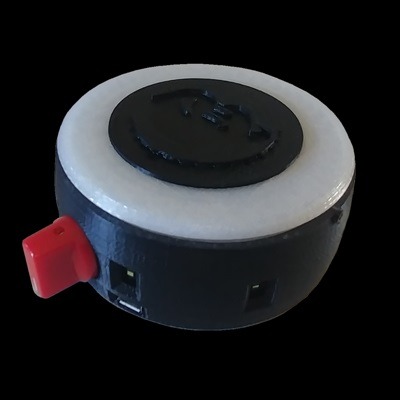 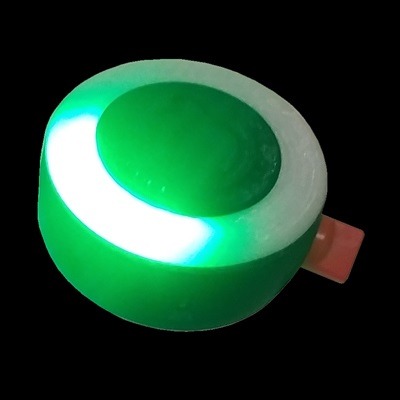 Ghost Detector to help you locate spirits
Rated 5.00 out of 5 based on 1 customer rating

The 360° Motion Tracking Puck is one of the most advanced pieces of ghost hunting equipment, and will help you to record the motions of the afterlife from all directions.

The 360° Motion Tracking Puck allows you to track ghost and spirit motion and distance in the 360° surrounding the device. This incredible new technology allows you to track the motion all around the room, rather than in a particular direction, increasing your chances of capturing paranormal activity. This also allows you to detect where the spirit is and which area it is most inclined to inhabit.

This 360° Motion Puck is sophisticated to the point where it will inform you not only if something is there or not, but also the direction that it is in and also the distance, using both lights and sound. This is a huge advancement in ghost tracking, as it allows you to see the exact movements of paranormal entities including which direction they are moving in, which areas they prefer and how fast they are moving around, leading to much more informed readings. The use of infrared lasers give you fast and accurate responses.

How does the 360° Motion Tracking Puck work?

The device uses infrared laser motion technology to detect paranormal entities so that you capture everything that goes on. The device is loaded up with lights around the entire perimeter, which allows it to tell you which side of the device the paranormal entity is situated. It can even detect multiple spirits which are moving in different directions, leading to a well-rounded reading.

When the 360° Motion Tracking Puck detects a paranormal entity, it triggers an audible alarm as well as the lights. This is helpful for alerting you or other paranormal investigators when you are not paying attention or maybe using a different piece of equipment.

How the use the 360 Motion Puck

To use the Spirit Shack 360° Motion Tracking Puck, simply place it on a surface or on the floor and turn it on. For unlimited usage, make sure to hook it up to a USB battery pack which will allow for unlimited use.

When a paranormal entity is detected, the lights which are located on top of the 360° Motion Tracking Puck will light up red in whichever direction the spirit is located. The devices utilizes distance detection technology which will light up the light brighter as it gets closer and dim the light as it moves away. The alarm tone will change also, indicating if the paranormal entity is closer or further away.

The device allows you to pick up multiple ghosts in different directions in a 360° angle of wherever the device is located. The audible alert is helpful for notifying you when you are not looking at the motion puck all the time.

2) Put the device in the area in which you intend to conduct your paranormal investigation. It is a good idea to put it in the middle of the room as it measures paranormal activity in a 360° range.

After 10 seconds, it will light up white and begin scanning

5) Move away from the device, and allow it to work. If the light glows red straight away it means you should clear any obstacles which are located within the detection ‘Zone’, or adjust the zone down to a lower setting. You can adjust the Zone at any time by turning the red switch.