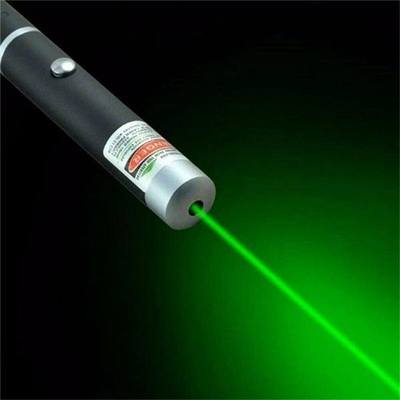 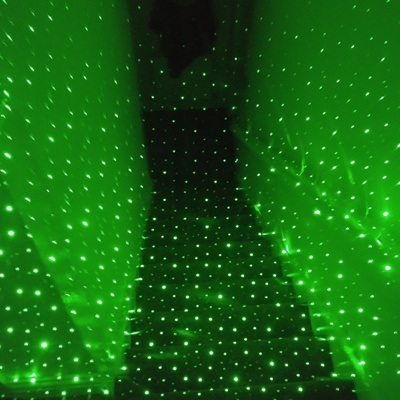 The 532nm Green Laser Grid Pen has an adjustable pattern for all of your ghost hunting and paranormal investigation needs.

The Laser Grid Pen has an adjustable pattern for Ghost Hunting. These are a common piece of equipment used by paranormal investigators and have been known to get some incredible findings.

This Green Laser Grid Pen works by projecting a grid of green dots onto a surface. It’s easy for spirits and paranormal entities to just pass through the beams, making it much easier to capture them than if you are not using the pen.

The pen is easily adjustable, and you can simply turn the end of it to turn it from a regular laser into projecting the pattern. Or, if you just want to use the single laser pointer, simply unscrew the end and you are able to. This makes it a very versatile piece of ghost hunting equipment.

This Green Laser Grid Pen for ghost hunting and capturing paranormal entities is also very bright for 1mw, and the batteries last hours and hours. The device only needs 2x AA batteries to work, which are not included.

Using Green Laser Grid Projectors for ghost hunting is a great added component to your investigation, as you are able to not just see when there is a paranormal entity in front of your grid, but also the rough size, and movements that it is making. You are also able to see the direction is travelling, creating more conclusive evidence on your investigation.

This Laser is ideal for large areas and also to be used on dark surfaces such as dark painted walls. It can even be used outside due to its extremely large range. If you are using it outdoors, point it into an area or alternatively at a wall to get the best results.

It is important to note that, although highly effective, the Green Laser Projector is not a toy, and should be kept away from children at all times. Lasers can be extremely dangerous when pointed at people or into someone’s eyes.

Make sure that your whole team working on the paranormal investigation are aware that there are lasers being used and what direction they are pointing in so that they are able to move out of the way. If used in short-range or pointed in someone’s eye, they can cause sight damage and even blindness.

Lasers should also only be used for 10 minutes at a time, with a short cooling-off period in between uses. They are not designed for continuous use and might overheat if you are using them for long periods of time.

To use your Green Laser Pointer for Ghost Hunting, simply load it up with the 2x AA batteries it needs to work. Then, after letting the other paranormal investigators you’re working with know, turn on the laser pointer pen and turn the end of it until the green laser grid formation is projecting.

If you are recording your paranormal investigation, make sure your camera is positioned so that it is pointing at the area in which you are projecting your laser grid. When you have everything turned on, you may want to ask questions into the environment, such as, “Is there anyone here who wishes to communicate”. This would encourage paranormal spirits and entities to make themselves known, and could lead to more conclusive evidence of paranormal activity.

It is recommended to record your findings when using this green laser pointer pen projector. This is because depending on the strength of the paranormal entity you are communicating with, the disruption to the Green Laser Grid Projector could be subtle, or could be extravagant. It has been known that paranormal entities have completely turned off devices such as this one, so always be cautious.