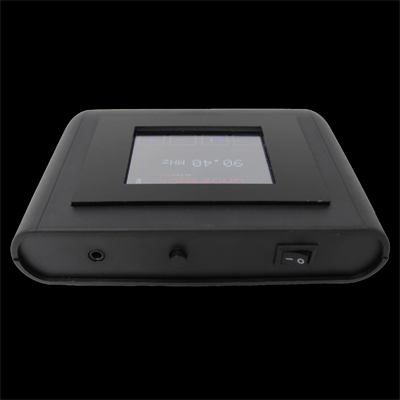 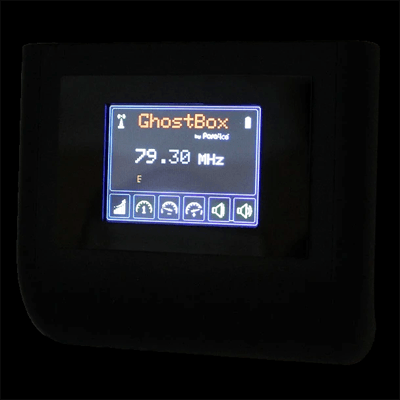 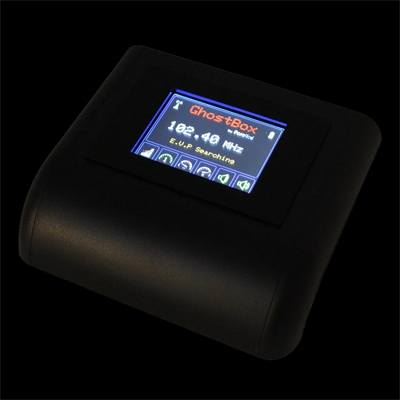 Ghost Box for talking to spirits in real time
Rated 5.00 out of 5 based on 1 customer rating

The Para4ce Spirit Box is another full shading contact screen Spirit Box. It makes them astound includes and permits you also clear advances and backwords, change the range speed and change the volume. The recieving wire is incorporated into the Para4ce Ghost Box and can be turned here and there with the bit of a catch. You might need to do this on the off chance that you are getting too many radio broadcasts coming through. There are 12 distinctive output speeds so you can move through the stations quick, moderate, and everything in between.

As it’s a LCD contact screen it tends to be utilized in complete darkness, the screen emanates light and the catches are on the screen. The screen incorporates everything from the battery life pointer, current recurrence, current sweep speed, check bearing, current volume level and whether the radio wire is turned on of off. The Paraf4ce Soul Box is an all around constructed gadget with a decent quality speaker so you can hear the reactions clearly.

How does the Para4ce Ghost Box work?

The Para4ce Apparition Box is a specially assembled radio devoted for spirit and ghost correspondence. It essentially look over the entirety of the radio broadcasts ceaselessly, permitting spirits to react to use through the repetitive sound. The Para4ce ghost Box just sweeps through FM radio broadcasts as not very many spirits react on AM stations. It scans right from 76Mhz to 108Mhz, you can stay on any station on the off chance that you need to by pausing it.

The Para4ce Ghost Box has a radio wire worked in, which you can turn on and off utilizing the switch on the highest point of the gadget. On the off chance that you turn the recieving wire of it behaves like a faraday confine and will significantly restrict genuine radio broadcasts coming through. Guaranteeing most of your reactions are truly paranormal. On the off chance that you would incline toward the Para4ce Ghost Box to act like other Ghost boxes you can simply leave it turned on. There is a antenna icon on the screen advising you if it’s turned on or off.

The Para4ce Apparition Box can be utilized for connection with a spirit utilizing the built in Interaction Communication Sensor.This sensor begins the radio checking in the event that it has been stopped. You can stop the scanner, and request that the spirits start it once more. The spirits should be able to do this effectively as the sensor is intended for this reason. You can pause it and request that they start it again on the off chance that they passed on in this area. This is a convenient element and can be utilized in addition to its spiritbox feature.

Using an recording device: As the Ghost Box has a 3.5mm sound yield you can record your Ghost box meeting onto your EVP recorder. We suggest you place the units directly close to one another and utilize a line no longer than 12 inches (30 cm), as the string can go about as an antenna.

Battery top screws: There are no screws for the battery cover, they are not required and they are not provided with the unit.

Using external portal or amplifier: The Para4ce Ghost Box has an amazing and clear 1w speaker, yet this can be improved with a decent quality gateway or outside speaker. Your amplifier or entry can enhance EVPs that come through, which makes correspondence with the spirit world come through significantly more unmistakably. This will diminish the odds of missing an EVP that might be too calm to even think about hearing otherwise.

Be patient: Similarly as with all paranormal examination’s understanding is required. The degree of persistence required can be contrast it with fishing. It’s incredibly uncommon to get consistent activity, and it tends to be significantly more uncommon to catch something considerable. Movement as a rule happens abruptly and is typically very brief.