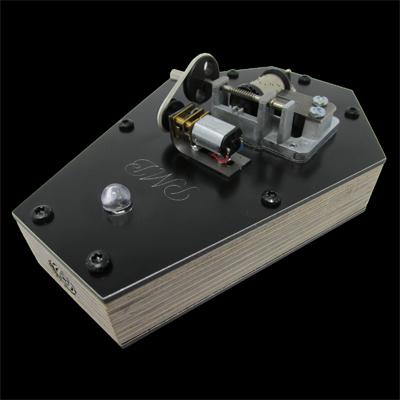 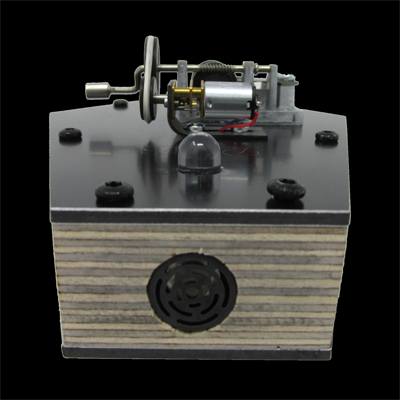 The Para4ce PMB Paranormal Music Box is a unique piece of ghost hunting equipment that will alert you visually and audibly if there is a paranormal entity within your vicinity.

The Para4ce PMB Music Box works as a trigger object. This means that whenever there is a paranormal entity within the area in which it is placed, the device will be triggered and will alert you both visually and audibly. It’s triggered by movement, whether that movement is coming from an entity that can be seen with the human eye, or moves unseen, such as a paranormal spirit. The Para4ce even plays a creepy sounding tune when it is triggered, adding to the atmosphere of any investigation.

The Para4ce PMB Music Box is small and lightweight and comes in the shape of a coffin. It has a black body and is built to work even better than it looks aesthetically as part of your ghost hunting kit. This PMB Music Box combines all the best high-quality features of a music box while incorporating a creepy and fun aesthetic.

The use of the music box in paranormal investigations has been standard for a while now, and music boxes, in general, have been around for many centuries. They have always been a children’s toy until paranormal researchers began seeing activity when paranormal entities would interact with the toy. Since then it has become a staple tool in a ghost hunters kit and has also become known as a great way to interact with child ghosts as they like to trigger the toy.

The Para4ce Music Box is hand-crafted from high-quality wood, the bottom is made from black, painted aluminium.

How does the Spirit Shack PMB Paranormal Music Box work?

This PMB has a range of 5 metres and will trigger with both light and sound when anything moves within that 5-metre range. This includes both physical entities, such as humans, and unseen entities, such as spirits and ghosts.

Before using the Para4ce Box for ghost hunting, you might want to consider where on the site there has been increased activity, such as a certain room or walkway. You could even use the device to determine this, placing it in different spots throughout the site until you find the place where it is triggered most often.

To use the device, simply turn it on, and point it against a wall, corner, object or door that is within its 5-metre range. The device will take around 5-10 seconds to calibrate, after which point it will be ready to use. It is important to let other paranormal investigators know where the device is placed so that they don’t accidentally trigger it by walking through its range.

When the Para4ce is triggered, it will alert you using both light and the creepy sound of the music box. When this happens, it means that you have caught some paranormal activity.

How to use the Para4ce Paranormal Music Box

Firstly, make sure the device is powered up and on using two new 8v batteries. Next, place the PMB on a flat surface, such as a table or on the floor. Point the PMB in the direction in which you are hoping to catch some paranormal activity. There should be a wall, door or an object for the radar to bounce off of.

When you are set up and ready to use it, turn on the PMB device and move out of the 5m range. It will take around 10 seconds to calibrate, then will be ready to use. You are ready to start your ghost hunting investigation.

Please Note: The Para4ce must be kept dry and out of the way of rain and water due to possible damage this may cause.

There are no reviews yet.

Be the first to review “Para4ce PMB Paranormal Music Box”