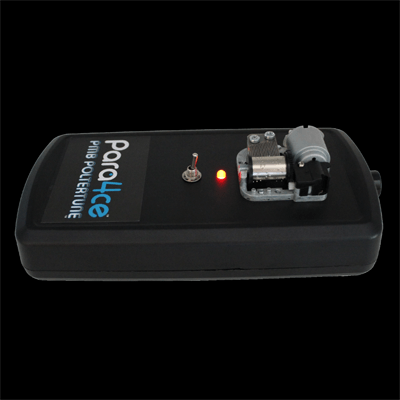 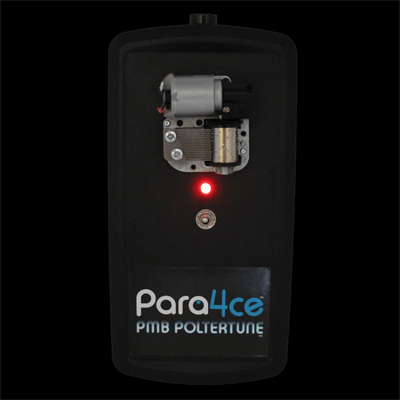 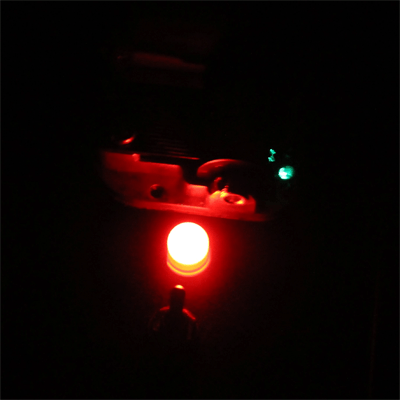 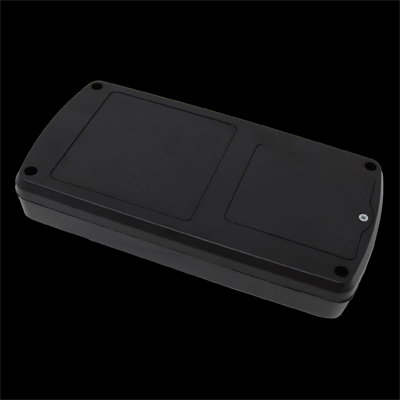 Motion Triggered
Rated 5.00 out of 5 based on 1 customer rating

The Para4ce PMB POLTERTUNE is a smaller, more lightweight and portable version of the original Para4ce PMB. It comes in at a more affordable price and is a popular and widely used piece of ghost hunting equipment.

This piece of equipment is well-known throughout the paranormal investigation community and has even been seen being used on TV multiple times, including in Ghost Adventures with Zak Bagan.

Music boxes have been used throughout paranormal investigations for many years now as ghost hunters realized how paranormal entities and spirits love to interact with them, especially child ghosts. The Para4ce Poltertune is used similarly to a music box, in that it activates a creepy tune when triggered. The device has a range of 1-1.5 metres and will alert you with this tune and a red light once it is activated.

The Poltertune is a great alternative to the original, larger Para4ce which comes in at a higher price. The main differences between the two devices are the size and the range, the original Para4ce being larger in size and covering up to 5m in range, and the Poltertune being slightly smaller and covering 1-1.5m in range. Both pieces of equipment are manufactured in the USA by Para4ce.

Once set up, the Para4ce Poltertune works by detecting any movement within a 1.5-metre range of the object. This is great for if you believe there is increased paranormal activity within a certain area of your site, and will allow you to quickly and easily see if you are correct by simply setting up this device in that area.

The Para4ce Poltertune It can also be used as a quick and simple trigger object that can inform the rest of your paranormal investigation. Once you get to a site, you might not know which areas contain the most paranormal activity, and therefore in which areas to set up your other, perhaps more sophisticated pieces of equipment. Setting up the Poltertune, or multiple, if you have them in your kit, in different areas throughout the site will allow you to easily see where the most paranormal activity is taking place, depending on which devices are triggered most often.

The Para4ce PMB Poltertune will alert you both audibly and visually when something, whether that being is of physical or paranormal nature, comes within its 1.5m range. There is a red light located just on top of the device which will flash, alongside the creepy music box tune which will begin playing. This alerts you straight away if something is detected, and adds a creepy vibe to your paranormal investigations, especially good if you are filming or live streaming it for social media.

In order for the original Para4ce to work, it has to be placed down on a flat surface and pointing in the direction in which you want it to work. The Poltertune benefits from being portable and moveable, meaning you are able to walk throughout an area while using it. To utilize this feature, simply turn on the device and pick it up. The Poltertune doesn’t take any time to calibrate, meaning you can begin using it straight away.

In order to use the Poltertune PMB, it requires 2x 9v batteries. These will keep it running for up to 12 hours if untriggered. This is key if you are looking to use the Poltertune for the entirety of your paranormal investigation, and ensures you aren’t left without a PMB in your time of need. The more the Spirit Shack Para4ce Poltertune is triggered, the more power it will use.

You can also use the Para4ce PMB Poltertune as a trigger object. This will allow you to gain better insight into your spirits and communicate with them, asking them questions and triggering the device depending on their answer. For example, asking a question to the spirits and telling them to trigger the device for a “yes” answer.

Ensure the 9v battery is placed in the PMB the correct way with + and – in the right position. If not, it will immediately break the electronic circuitry and will break the instrument. There are no screws for the battery lid. The battery compartment has a hole for a screw; however, no screws are not needed at all.