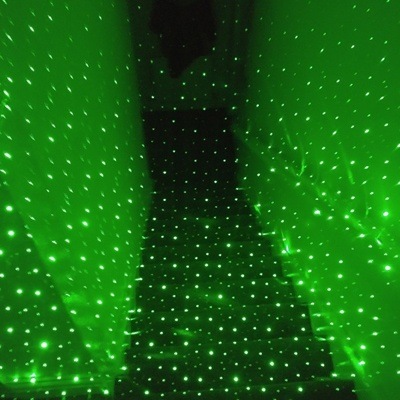 The Professional Green Laser Grid Pen for Ghost Hunting contains one of the best lasers the market.

The Professional Green Laser Grid Pen for ghosty hunting is a laser pen like no other. It is one of the best on the market, with a laser which stays on rather than having to hold it and keep your finger on the button or place some tape around it to keep it pressed down.

This Best Green Laser Pen for ghost hunting doesn’t overheat and contains a very high-quality laser which will fulfil all your needs without burning out quickly like other lasers. A lot of laser pens on the market contain cheap lasers which overheat, meaning the pen does not last very long. This Ghost Hunting Laser Pen has been specifically designed for long use throughout paranormal investigations.

The Best Green Laser Grid contains a high-quality laser grid with a large pattern. Usually, when using this piece of equipment in paranormal investigations, you’d want to use it by aiming it at a wall. The grid on this laser should cover the entire wall, rather than just a small area, giving you much more conclusive evidence of paranormal activity.

The idea is that when using an LED Laser throughout a paranormal investigation, if anything moves within the illuminated grid, the dots which are projected by the laser would move, either distorting or blinking which would reveal the motion of the paranormal entity or object.

This Green Laser Pen comes with wide-angle DOE’s, which will cover a large area from a short distance away. Many similar laser grid pens are available for a fraction of the price. BUT, saving money will result in you having to replace this piece of equipment much more often than not. Lasers which are low in quality tend to overheat and burn out quickly.

This Best Green LED Laser will not only last longer, but it is a much more powerful laser and will be much brighter than others. It comes with a large, long-lasting lithium 18650 battery. These batteries last much longer than the watch batteries and any other AA’s or AAA’s. The Spirit Shack Best Green LED Laser for ghost hunting is also rechargeable.

This laser has to be used in complete darkness, so make sure you achieve this when using it. This is so that you are able to see the dots and grid pattern distort easier if there is a paranormal entity present.

This Best Green Laser Pen has the benefit of an adjustable grid. Simply turn the end of the pen in order to change the size of the displayed pattern. Make sure you never look into the laser or shine it into anyones eyes, as this can lead to long-term damage. If you would like to use the laser pen as a pointer, simply unscrew the end of the pen.

The use of a laser grid projector has become increasingly popular within the paranormal field. This is because you can gauge the rough size, shape and motions of the paranormal entity as it passes in front of the dots or grid. You can also see which direction the entity is moving in, and could follow it with other equipment. Depending on the strength of the spirit, the dots and pattern could either just be disturbed and move slightly, or could go out completely.

As the Spirit Shack’s Best Green Laser will stay on without you having to consistently press the button (as you do with most other laser pointers), you have the choice of leaving it on a surface and projecting it at a wall rather than holding it in your hand. Choosing this options is the best idea, as the movement and distortion of the dots would then be more conclusively from a paranormal entity, rather than say a shaking hand or other human error.