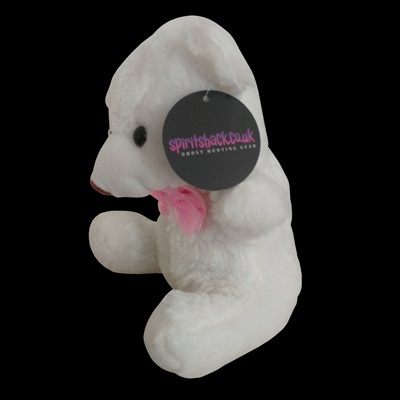 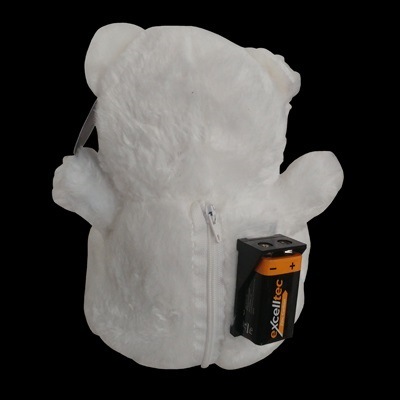 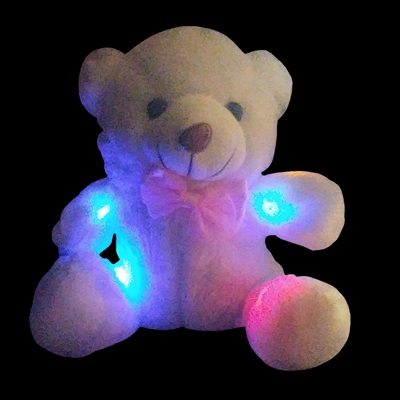 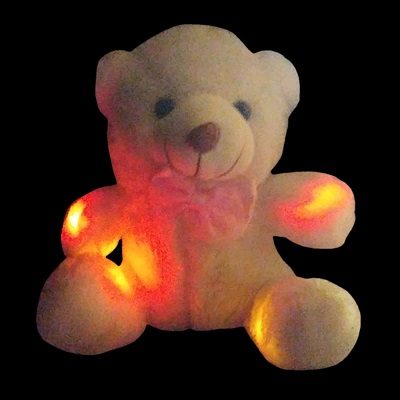 The Spirit Shack Touch Activated Bear for Ghost Hunting is different from a lot of other RemPod Bears. This bear looks cute and cuddly at first sight, but is a great piece of equipment which will aid you throughout your paranormal investigation. This bear will respond to the slightest touch, and has multiple motion sensors which will alert you as to when it detects any movement or touch.

What does the Touch Activated Bear do?

Unlike other RemPod bears, the Spirit Shack Touch Activated bear will not detect any static electricity or EMF. Instead, it detects movement and touch, which could be beneficial depending on the strength of the paranormal spirit you are dealing with.

The Spirit Shack Touch Activated Bear is similar to our Touch Activated Flashing Cat Balls, and is also known as a Cat Ball Bear”. This is because they work similarly, as they are motion activated and light up when they are touched or move. They are both cost-effective pieces of equipment to include on your paranormal investigation, and are particularly good for when you are dealing with child ghosts or young paranormal spirits.

How does the Touch Activated Bear work?

This Touch Activated Bear for Ghost Hunting has 4 extremely sensitive motion sensors. The motion sensors are located one in each paw, and are all independent of each other and have their own lights which flash when they are activated. This means that you can get a sense of the direction of the paranormal spirit, as one sensor could set off a light on one side of the bear while the other side doesn’t go off.

The light it gives off is bright and rapid, and flashes different colours including blue, red and orange. This bear is silent, but due to its bright flashing lights can be seen from far away. Even the slightest movement including a breeze or a sudden gust of air on its face will set him off.

We have tested this bear throughout paranormal investigations, and have come to the conclusion that it is much easier for ghosts to set off than RemPod and EMF bears. This means that you are able to get readings from paranormal entities which do not have very strong spirits.

It has been reported many times that this bear has been useful throughout paranormal investigations in areas where there have been thought to be child ghosts. This is because the Spirit Shack Touch Activated Bear for Ghost Hunting can be set off by any spirit, even those that are young or weak.

How to Use It:

To use the Spirit Shack Touch Activated Bear for Ghost Hunting, simply place a battery in the bear and leave it in the area in which you are conducting a paranormal investigation. If you are conducting a paranormal investigation in a large area, it is advised to purchase multiple Touch Activated Bears to place in different locations throughout the area.

Each motion sensor works independently from one another, meaning if only a couple of the sensors go off (the lights start flashing) you will be able to gauge the direction from which the paranormal force is coming. The bear has to be on a completely flat surface in order to work, as it will react to the slightest of movement, even a gust of wind.

You can communicate with the spirits by asking yes or no questions, and asking them to trigger the bear. For example “If you are happy to communicate, make the bear on the right side of the room flash”. The benefit of the motion sensors acting independently from one another on the Touch Activated Bear means that you are able to use the bear for yes or no questions. For example, asking the spirit to trigger the left side of the bar for yes, and the right side of the bear for no.