The Haunted History Of The Ancient Ram Inn 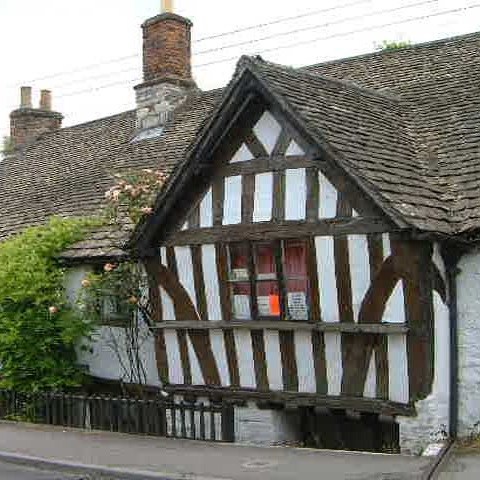 This British building ranks highly as one of the most haunted properties in England. The Ram Inn has located in the English village of Wotton-under-Edge, nearby Bristol. It stands out among the village town as has a particularly ancient appearance.

There are claimed to be several ghostly residents, whilst there have been numerous reports of strange happenings. In consideration of its history, The Ram Inn has earned its place at the top of the most haunted list.

The Inn And It’s Haunted History

Before the Ram Inn was built in 1145, the land was an old pagan burial ground. This was horrifically discovered when skeletons were found, along with a dagger, which concluded that these bodies were involved in a sacrificial event of some kind.

Remarkably, the site can also be traced back to Stonehenge, another infamous spooky site. This is because the inn lies on the intersection of Ley Lines – alignments through spiritually important locations – one of which intersects through Stonehenge. Therefore, the beginning of paranormal happenings is thought to be related to this connection.

The building was constructed with the intention to house slaves and local trade workers. The streams of the house ran through the nearby St. Marys Church, which was thought to release and spread the evil energy originally generated by the pagans.

Later, the workers moved out of the property, making space for a priest to move in. At this time, it was converted into an inn and made open to the public. This was until 1968 when an individual chose to purchase the inn as his new home.

In 1968, John Humphries bought the inn as an act of conservation.

It didn’t take long for Humphries to fall victim to the hauntings. On the first night, he was greeted by the resident ghosts in a rather aggressive fashion. The spirits made themselves known by grabbing his hand and forcefully dragging him out of his bed.

Surprisingly, Humphries was not scared off by this event, quite the opposite actually. He carried on living at the inn and searched for even more evidence of the paranormal. In the end, the evidence that had come to light was too much for his family to handle, they had no choice but to abandon him to live in the inn by himself.

Humphries uncovered that the grounds had been used for sacrifices, further discovering the bones of children who had likely been murdered on site.

The spiritual sightings were a nightly occurrence for Humphries, he occupied the inn right up until 2017 when he passed away.

The Ghosts Who Haunt The House

The ancient inn is occupied by a number of troubled spirits, each marking a particular time or event in the history of the building.

The most active spirit known to haunt the inn is the resident witch who was hunted and subject to be burned at the stake. She was escaping from witch-hunters and found sanctuary in the inn, until being found and sentenced to death. Her chosen hiding place has now been termed as ‘The Witch’s Room’ where her ghost is said to appear in the window.

Other ghosts who have been reported include the previous innkeeper’s daughter, who was hung in the attic, as well as many more children who were murdered as part of sadistic rituals, or exorcisms of the possessed.

Interestingly, these are not simply ghost stories that have been passed on as rumours. There is photographic material captured by paranormal researchers which shows orbs present within rooms in the house.

Among the rooms in the inn, the notorious hot spot for ghostly sightings is ‘The Bishop’s Room’. This space was the once quarters for many bishops, their spirits supposedly make a regular appearance in the room, including several other dark spirits. This room was John Humphries chosen bedroom, he has accounted for a number of events whereby he was personally violated by the spirits at night.

The Ancient Ram Inn has been passed down to the daughter of John Humphries, Caroline, who now has ownership of the haunted property.

She has chosen to allow experts to visit the property for research purposes, as there is still much to uncover of its history and its hauntings.

The Inn also remains open to the public, it attracts a vast number of tourists keen to experience the hauntings for themselves and for the stories to come to life.