The Haunting at 30 East Drive in Pontefract 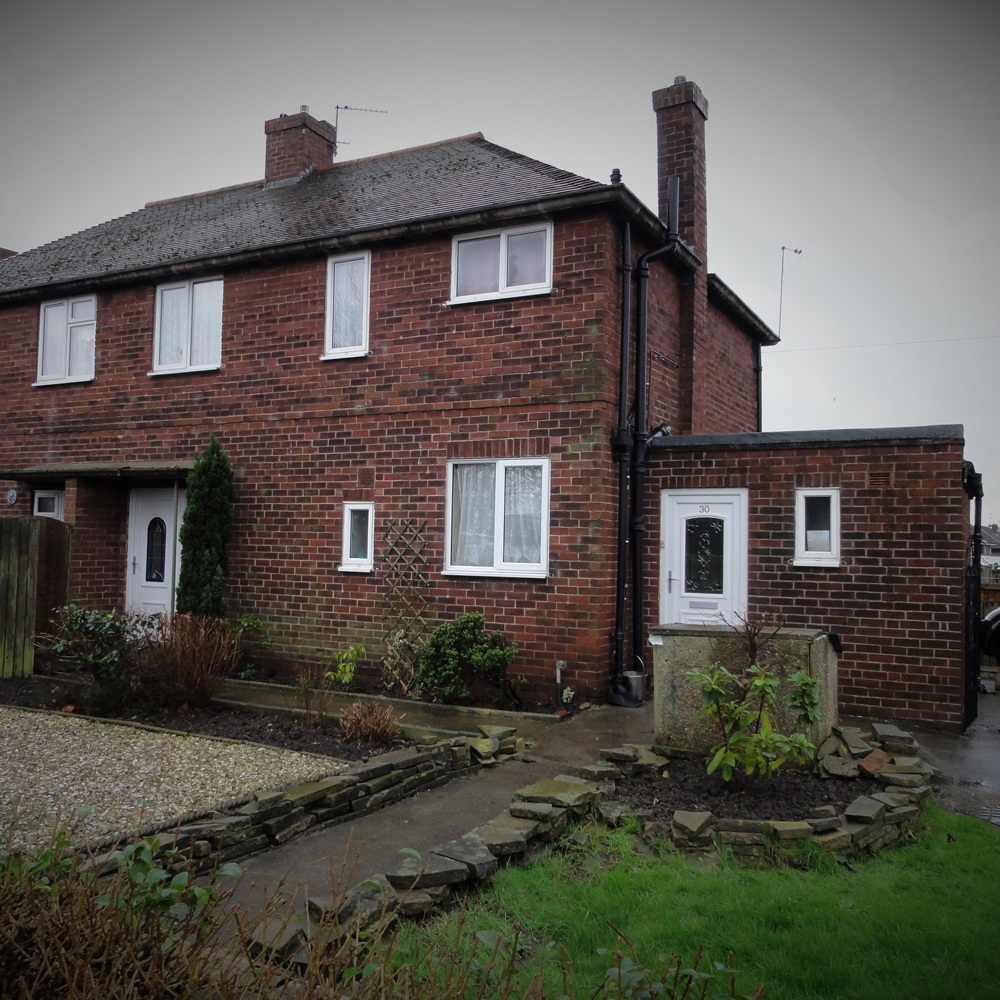 It all started in August 1966 on a hot summers day. The Pritchards had just moved into 30 East Drive, Pontefract. The family consisted of Jo and Jean, and children Phillip, aged 15 at the time, and Diane, aged 12. It wasn’t long after they moved in that strange things started to occur. This is the story of The Haunting at 30 East Drive.

From the outside of the house, 30 East Drive looks just like any other council built house from the 1950s, although its previous inhabitants would tell a rather different story of the sinister ongoings inside the building.

It all started soon after the Pritchards moved in. Dust began to float around them in the room, which seemed odd, but then quickly settled surrounding them. In an attempt to quickly clean it up so as not to cause panic, Mrs Kelly, the children’s aunt, quickly ran to the kitchen to grab some cleaning implements. It was here that she looked on in shock as a mysterious pool of water was appearing on the kitchen floor. Suddenly, multiple different pools of water started appearing all over the kitchen.

Over the years while the Pritchards lived in the haunted 30 East Drive, they endured many hauntings and paranormal encounters. Some strange ongoings included green-coloured foam coming out of the taps and toilets even though the water had been turned off. The lights would consistently turn on and off, the cupboards would shake violently from time to time. Photographs and pictures were shredded, plants apparently lept out of their plant pots, furniture moved on its own.

Despite becoming utterly terrified, the family refused to leave their wonderful home. They became accustomed to the unusual happenings. So much so that they decided to name the poltergeist Fred.

Despite their refusal to leave their home, the Pritchards were determined to rid the place of Fred in order to gain some peace and normality back into their lives. They attempted to perform exorcisms with the help of trained professionals, to which Fred mocked their attempts and on occasion, became angry and attacked people physically.

When Fred became angry, there was no telling what hell he would put the Pritchards through. On many occasions when the Pritchards would splash holy water, the walls would mysteriously start to leak fluid. He would even lift up objects in the house such as heavy items of furniture, moving them through the air.

The youngest child of the Pritchards, Dianne Pritchard, who was 12 at the time of moving in, became the main focus of the hauntings. It is considered incredibly rare for a poltergeist to cause physical bodily harm to a physical entity such as Diane, but as she grew older, the attacks got worse and worse. As Diane grew, she was attacked by Fred and was even dragged screaming up the stairs. Other violence towards Diane from the poltergeist included face slapping, being physically pulled out of bed while she was sleeping, and her hair being yanked from her head. Diane ended up severely traumatised, finger marks clearly distinguishable on her throat.

The malevolent entity or poltergeist known as ‘Fred’ or ‘The Black Monk’ is believed to currently be one of the most violent poltergeists in Europe. He has been making his presence known for more than fifty years.

Throughout the time that Fred has been causing mayhem, there have been many different explanations given regarding who the entity is. He is known by the press as ‘Mr Nobody’. He received the nickname ‘The Black Monk’ when he appeared as an apparition, he was supposedly wearing long, black robes.

The Future of 30 East Drive

30 East Drive is currently owned by film producer Bill Bungay who purchased the house after making the film “When The Lights Went Out” which was based loosely on the Pritchards’ experiences.

The house is currently open for visitors and tours, although the owners thoroughly discourage people from staying the night. The website even states that 30 East Drive is far from a traditional bed and breakfast, and any visitors staying at the property will not be covered by insurance if they do choose to visit.