Theories on how ghosts are made 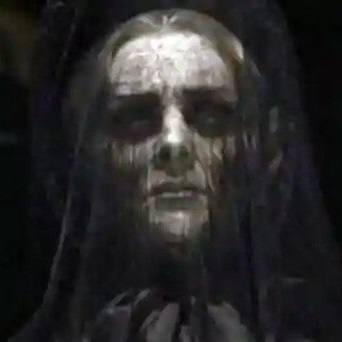 How are ghosts made? Ghost stories exist in just about every culture. Often about vindictive spirits, or spirits that are dwelling on past events that occurred when they were alive. There are also stories about friendly ghosts, however most societies predominantly believe in ghosts. It is certain that there is a lot of loose evidence that ghosts exist, assuming that is correct, rise lot of unanswered questions.

One of these unanswered questions are regarding the origins of ghosts. How do ghosts come into existence? What needs to happen for person’s spirit to linger here on earth? Attempting to figure out what happens is not easy, however there are many great theories that have been discussed throughout the centuries.

Why The Question of Ghostly Origins Is Important?

We frequently assume that ghosts are an accepted part of the paranormal, but still we never really reflect on the mechanics of how ghosts come into existence. This could be seen as counterproductive because by knowing how ghosts are made could impact our view on the paranormal.

By knowing how ghosts came to be, provides an opportunity of proving weather they are real or not. Furthermore, we might be able to understand how to avoid unwanted hauntings and help ghosts with finding peace.

Better yet, imagine what would happen if you could figure out how to become a ghost after dying. Which would allow you to keep on living among our loved ones. Death will become a thing of the past.

With that said, there are many other theories on how ghost came to be. A lot of these theories are backed by doubtful evidence. So, who knows? Perhaps there are multiple reasons on why ghosts exist.

Human Spirits Trapped on Earth after a Traumatic or Frightening Death

Life is beautiful but once it gets rough, it can be very rough. Over the past decades, there have been dreadful stories of people who died in frightful ways or endured trauma that goes above and beyond the norm. These events involve a great level of emotional force. Numerous people assume that one of the ways ghosts are formed is due to the energy that remained after dreadful moments in history.

In life, it is unusual for people to relive their worst moments in their thoughts. Who’s to say that the energy of that moment is not powerful enough to endlessly repeat themselves. Most hauntings are often related to ghosts of people who experienced horrific times, constantly reliving those horrific moments.

Ghosthunters identify haunting with a pattern as residual hauntings. These ghosts soullessly replay what happened with out being able see or interact with others. This could explain why some people have seen a ghost of themselves while alive.

Sticking around to Carry out Unfinished Business

When a ghost has unfinished business to attend to, they can stay on earth or chose for the afterlife. If somebody wishes to stay behind for personal reasons, then they would become a ghost. Depending on how strong their energy is, they may be able to manifest as phantoms, poltergeists, or the ability to move objects.

These ghosts are seen as cognizant and able of interacting effectively with people. Usually, the person who becomes a ghost retire to the afterlife when the job is done or when they realize they are running out of time.

Lost Souls which don’t Transcend to Heaven or Hell

The idea of lost souls relates to an even more twisted idea of sentient spirit energy. This concept implies that ghost will naturally transition to a higher power. Tragically, that dose not happen for some souls because they might lack the level of spirituality or not realize they are dead to transcend.

Sprits ends up stuck on earth when they are not able to make the transition. What more could they do, apart from wandering around areas they remembered when alive? This would confirm why countless hauntings stop after people exorcise an area or tell the force that they’ve passed on.

The two most common believe of how spirits come to existence are through residual and active spirit force, but there are other ways people have said ghosts can be created. For example, Curses, are a commonplace reason why a spirit may end up bound to this realm.

In a lot of eastern religions, certain people believe that people can be forced to haunt a specific area. This is seen as result of a cures placed upon them for all their evil doings. When it comes to stories of seeing ghost dogs and hell hounds. According to old English tales’ pagans perform rituals to guard graveyards from faithful pets, by creating a ghost.

A common question is regarding ghostly hauntings deals that involves the multiverse theory. According to paranormal researchers, ghost may have the ability to visit us from a different dimension or glimpses from another time.

There is a possibility for the evil between different dimension or time and space to cut out certain points. It is believed that what we regard as hauntings, could just be cuts from a different point of history or the dead finding a way back to the dimension of their origin.

This may be a questioning position to take but in 2014 it was facially proven by scientists. They conducted a quite disturbing study on a healthy subject where they used equipment to trigger the subject’s mind into crossing visual and physical senses.

After much mental jabbing and prodding, the test subject will start to see ghosts and feel the touches of their invisible fingers. According to test destined locations have a natural means to do this. However, that does not explain the regularity in the ghostly description or evidence of spirits or EVPs.

It is worth mentioning that some areas have a high electromagnetic energy that tend to register as paranormal beings. It is also knowing that high EMF ratings is an indicator of paranormal activities. There is a possibility that we could see a ghost, if the electromagnetic frequencies in the experiment could be imitated.

It has been proven that people who are exposed to infrasound, and high levels of EMF, are able to hallucinate, and the sometimes experience fear and anxiety. Prescribed and recreational drugs, and mental health issues need to be kept in mind as well.

POWER OF THE MIND: Thinking Something Into Existence

In the Tibetan society, they idea of having thoughts so powerful, they began to have their own lives is a norm. These thoughts patters are called ‘tulpa’ and they’re not seeing as your typical ghost, in a traditional sense. The idea is that they were never alive in the first place.

The notion that thinking about something can make it real and common. If that is possible, who’s to say that ghosts are not the same occurrence? There is similarity to the European concept called ‘egregores’, so this could be a genuine way ghosts are created.

To be honest, nobody really knows the definitive answer when it comes to the existence of ghosts or how the hauntings started. There are tens of thousands of paranormal investigators around the world. Many of which who have caught evidence that is hard to debunk or find a rational explanation for.

To prove that ghosts exist scientifically. Scientists and doctors would need to capture definitive and repeatable proof, in a controlled/lab environment. This reason why this isn’t really possible to achieve is because the majority of active controlled environments are not haunted. And spirits and ghosts don’t give results on demand even if it was haunted. Maybe in the future with the advancement of ghost hunting equipment, things may change.