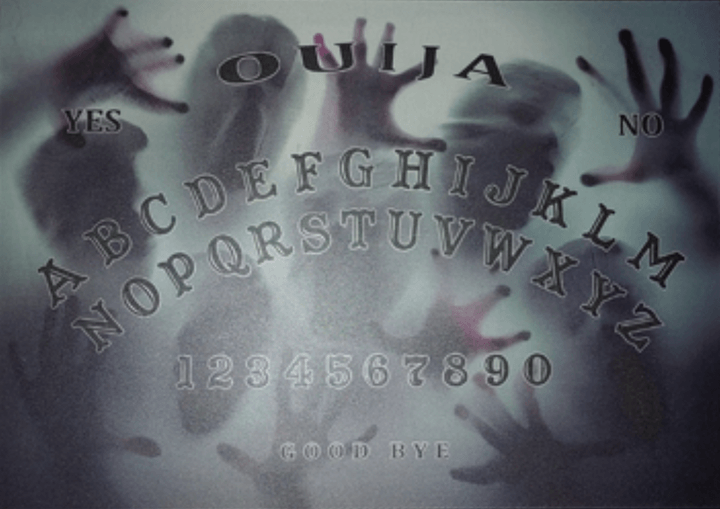 Death is a natural part of life, but what happens after we die? Amid this uncertainty, it’s natural that we try to find an answer. We wondered how Brittons view the afterlife, so we surveyed more than 1,000 people in the UK about what they believe happens to us when we pass.

Some people turn to faith for the answer. But evidence apart from religious teachings can come into play, such as near-death experiences (NDEs), encounters with spirits through divination or ghosts, and past-life memories. We specialize in equipment that helps gather such evidence and facilitates communication with those who have passed.

Read on to learn more about Britons really view the afterlife and their experience with paranormal entities.

Half of Britons believe there is life after death

7 in 10 Britons don’t think we will ever be able to prove what happens, but more than two-thirds (68%) said they aren’t afraid of what might come next.

While most Britons aren’t scared of death, only 50% of those surveyed say they believe there’s life after death. Yet 69% say they’d rather live another life after death than have their existence end.

What has led people to these conclusions? Personal experience has shaped nearly one-quarter (23%) of our respondents’ idea of what happens after death and religion has shaped how 28% feel. 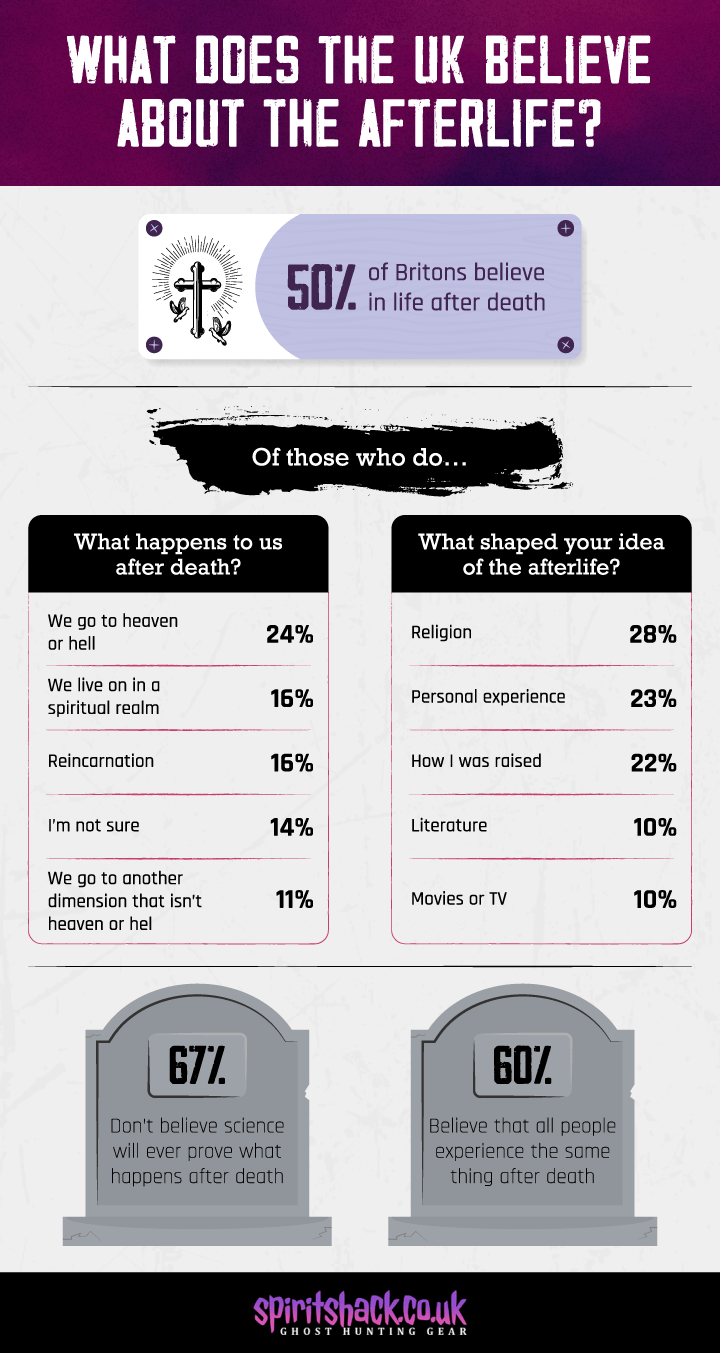 Where do we go after we die? 3 in 5 people who believe in the afterlife say that all people experience the same thing after death.

Nearly 1 in 4 survey participants believe we go to heaven or hell, followed closely by those who believe we live in a spiritual realm or are reincarnated, both at 16%. There’s a degree of personal uncertainty, though: More than half (55%) of those that believe in heaven and hell think they’ll go to heaven, but 58% of respondents worry about going to hell.

Here’s how people think they get to heaven or hell and what they’ll experience there.

According to respondents, heaven tends to be both an improvement to one’s current life and a chance to recapture what has been lost. For 86% of survey participants, it involves a sense of peace, while almost two-thirds (66%) described it as a place of happiness, and 3 in 5 say there will be no more suffering. Nearly three-quarters (73%) described it as an opportunity to reunite with family, friends, and loved ones.

But how does one get to heaven? The vast majority, 4 in 5, say living a good life and being a good person is enough, but 32% believe it requires accepting a higher power.

Hell is viewed as a place of suffering. A full 87% believe hell involves both psychological and physical suffering, while others have a more nuanced view: that hell provides an awareness of the suffering a person has caused in life (53%).

Despite varying beliefs about the afterlife, over 2 in 5 respondents have felt the presence of or seen someone who has passed, and 30% said they believe it’s possible to communicate with the dead. 29% would pay to make contact, with nearly 1 in 5 saying they’d pay upwards of £1,000 (about $1,350 in U.S. dollars).

How many have actually tried, though? As it turns out, 1 in 10 have actively attempted to contact the dead—and 41% of those who did were successful. Their method of contact and whom they wanted to contact varied. Respondents were most likely to try to reach a grandparent (41%), followed by a parent (24%).

More than half attempted to make contact with the help of a medium, while 33% turned to prayer. Nearly 2 in 5 said the experience brought them comfort, and nearly 1 in 5 said that it actually made them less afraid of what comes next.

Some described what we typically hear about, including bright lights and flashes of memory; 1 in 5 said they saw or interacted with family, friends, or loved ones. However, most described not seeing anything, which could be why a startling amount (83%) said it didn’t make them feel as though they had a better understanding of what happens after death.

1 in 5 called the experience peaceful. However, most respondents were more likely to describe the experience as scary (49%), stressful (34%), and confusing (29%). There were positive effects though: 41% began to appreciate their life more, while 32% improved their mental or physical health.

The death of a loved one can have a similar impact, with nearly 2 in 5 saying it changed some aspect of their life, and 44% saying they began to appreciate life more. In addition, 18% improved their physical health, 18% became more open with their feelings, and 17% worked on self-improvement.

Do all dogs go to heaven?

It’s not just important to us to deal with the death of human loved ones, but also with the passing of our furry friends. It’s only natural to wonder what happens to our pets after they pass. That’s why it makes so much sense that people take comfort in things like the Rainbow Bridge.

More than half of pet owners surveyed said they believe pets go on to an afterlife, most often in the form of reincarnation or heaven or hell. 34% said they do, in fact, believe their pet will go to heaven. Nearly half (45%) said pets go to the same place as humans, and 39% said they believe they’ll be reunited with their pet after death, similar to other departed loved ones. 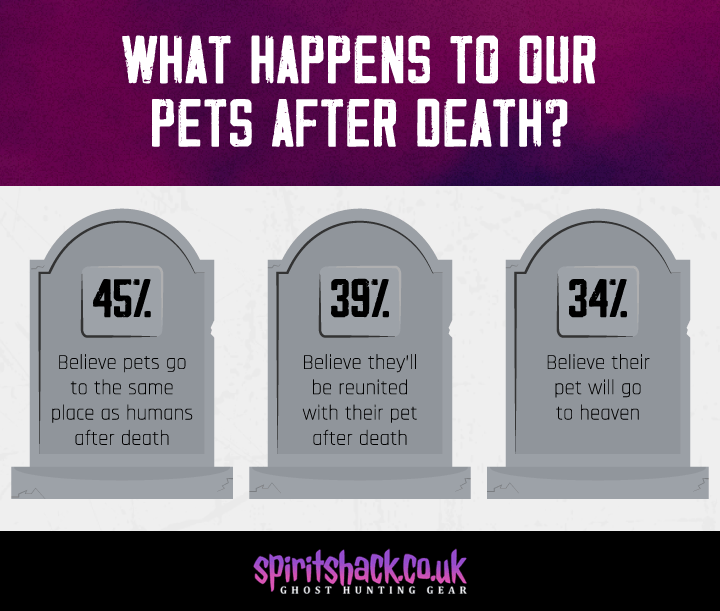 Whatever your beliefs about the afterlife, it’s unlikely we’ll be able to find definitive answers. However, our experiences in this life may provide us with clues about different possibilities in the next. Whether we’re anxious, hopeful, or just plain curious, we’ll continue to search for ways to find out what awaits us on the other side.

On January 26, 2022, we surveyed 1,033 people in the United Kingdom about their views on the afterlife using the Prolific platform. Of respondents, 50% were male and 50% were female; the average age was 39.