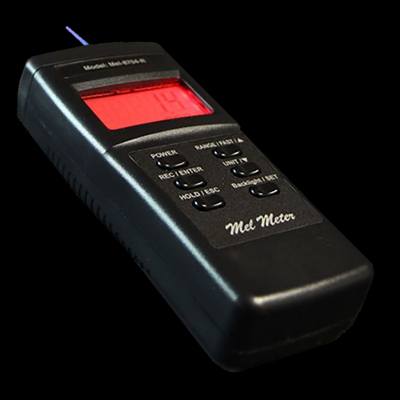 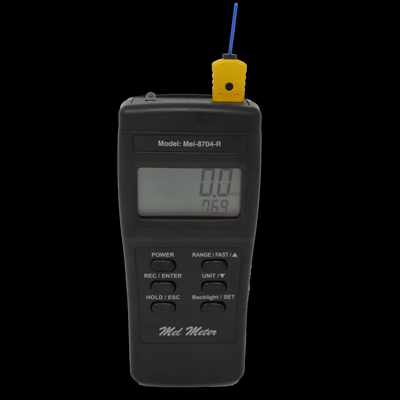 The Mel Meter MEL-8704R is an EMF Meter, Temperature Meter and Light all in one piece of equipment.

The Spirit Shack Mel Meter MEL-8704R for Ghost Hunting is a 3 in 1 piece of equipment. It is compromised of 3 main components which are integral to any paranormal investigation; an EMF Meter, Temperature Meter and a Light.

With the Mel Meter MEL 8704R, you are able to get EMF and temperature readouts simultaneously, with the handy display which is illuminated red. This means that it will not interfere with any night vision equipment that you are using.

Due to its streamlined design and high-quality functions, this Mel Meter is one of our best selling products and is in the highest demand for ghost hunters. Get one quick while stocks last!

The Spirit Shack Mel Meter gives the measurements of both Single-Axis, the AC Magnetic Field and real-time air temperature readings. The Mel Meter MEL-8704R has the benefit of a red display illumination, meaning it does not shock your eyes or interfere with any paranormal investigations carried out when it is dark.

The readouts on the Mel Meter MEL-8704R for Ghost Hunting are displayed in mG or µT, °F or °C for your added benefit. The device is incredibly high resolution and fast response. Included is a basic 1inch K-Type Thermocouple. This can be used in a large variety of commercially available thermocouple probes which offer extended temperature ranges. This allows you to streamline your kit for paranormal investigations, and compile a large number of useful components into a smaller amount of gear.

The Mel Meter MEL-8704R for Ghost Hunting is designed by ghost hunters to give both exact digital EMF Meter readouts, and also Digital Temperature readings. It is specifically calibrated in order to measure Electromagnetic Fields (EMFs) accurately all the way from the incredibly low frequency of 30Hz all the way up to 300Hz.

One of the MEL-8704R for Ghost Hunting most useful functions on the device is its burst mode function. This is where you can focus all of the device’s power on just the EMF readings instead of both EMF and Temperature readings. Using burst mode means you can measure EMFs as rapidly as the K2 EMF Meter, showing how this device can become even more responsive for paranormal research.

It is widely known and accepted amongst the ghost hunting and paranormal investigation community that when there is a paranormal entity present, the EMF and temperature readings will fluctuate. With this device, you are able to see those fluctuations, which will accurately inform you if there is paranormal activity within the area that you are investigating.

The Spirit Shack Mel Meter MEL-8704R for Ghost Hunting has a built-in meter which tracks the Ambient Temperature readings. You have the ability to switch between Fahrenheit or Celsius, depending on your preference, simply by the push of a button. Both EMFs and Temperature readings can be set to record High and Low read-outs. This means that you are able to record the high and low points of the temperature and EMF fluctuations, better informing your paranormal investigation. This also means that with the Mel Meter MEL-8704R, you are able to move away from the device in order to concentrate on other parts of the investigation, and still get accurate readings by simply setting it down and turning the device on. When you return, you will be able to easily see what the lowest temp or the highest EMF level was while you were away from the meter.

The science of the paranormal phenomenon is invisible to the human eye. If you’re new to hunting ghosts. Make sure to have a number of essentials and equipment for quality spirit hunting and investigations. Including a flashlight, camera, extra batteries, and mobile phone to trigger objects. Also, be sure to keep a pen and paper […]

Pendulums are a common tool used in the practice of divination, which aims to clarify information or foresee the future by supernatural means. Pendulums usually consist of an object suspended from the end of a string or a chain. The string allows the pendulum to swing back and forth under the influence of your […]