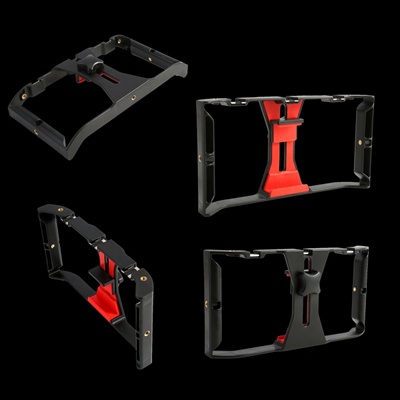 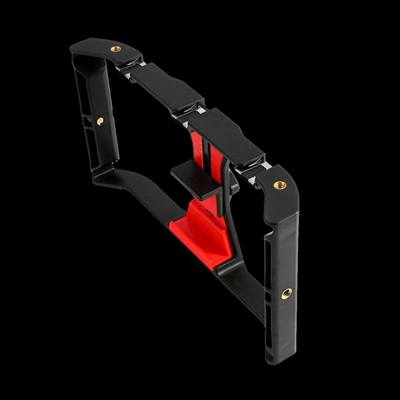 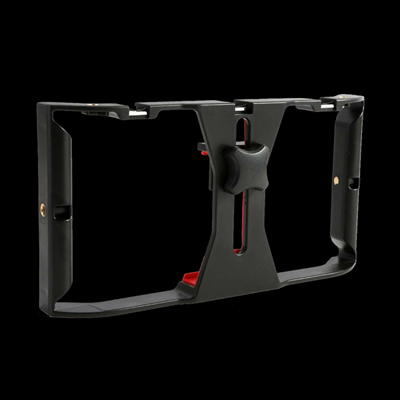 Mobile Phone Rigs
Rated 5.00 out of 5 based on 1 customer rating

The Smartphone Stabilizer Filming Rig allows you to walk around while recording or live-streaming from your device with ease.

The Smartphone Stabilizer Filming Rig brings an element of stability to any video that you are capturing or when you’re live-streaming a paranormal investigation. Due to the occasional erratic and unforeseen happenings which can take place throughout a paranormal investigation, having an easy to use stabilizer filming rig on hand really helps to bring a more professional element to any video you are shooting.

Getting a clear and stable video of the findings of your paranormal investigation could mean more conclusive evidence of paranormal activity, as you are much more likely to capture evidence when you are not moving the camera around so much.

How does the Phone Filming Rig work?

The main benefit of using this Smartphone Stabilizer Filming Rig is that you are able to concentrate on getting the most out of your paranormal investigation while partaking in it. Using this stabilizing rig means you don’t have to be paying consistent attention to your phone or whichever device you are filming or live streaming on, and can instead interact with your surroundings and pay closer attention to what is happening around you.

This device helps massively with an anti-shake effect for handheld shots, meaning if you love taking videos or live streaming, you won’t have to worry about moving too fast throughout an area or shaking hands.

This Stabilizing Rig for ghost hunting has the added benefit of being able to mount both your lights and microphone onto the device also, meaning you can have a fully functioning recording or streaming rig that records both video and audio and lights up your surroundings. This is especially useful for if you are ghost hunting or conducting a paranormal investigation in the dark, as you might not be able to hold both a torch and the stabilizing rig at the same time.

In order to use the Smartphone Stabilizer Filming Rig for ghost hunting, simply attach your device smartphone to the stabilizer by sandwiching it in the red mount. It is a good idea to charge all devices you will be using fully so that they do not run out when you are using them on your paranormal investigation. You might want to purchase a battery pack to attach to the camera when you are using it so that it does not run out of power at any time.

This device is fantastic for either video recording or live streaming. Especially If you are filming for YouTube, Facebook or other social media channels. If you love recording high-definition videos of your paranormal investigations or ghost hunting experiences, this smartphone stabilizer for ghost hunting is for you! You have a much better grip with the two handles.

This Smartphone Stabilizer Filming Rig for ghost hunting sells out fast, so make sure to grab one before we sell out! This model is highly popular and is even currently sold out on Amazon.