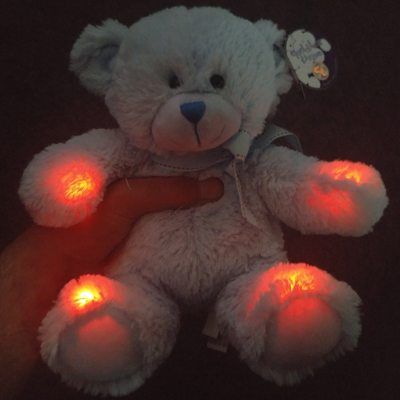 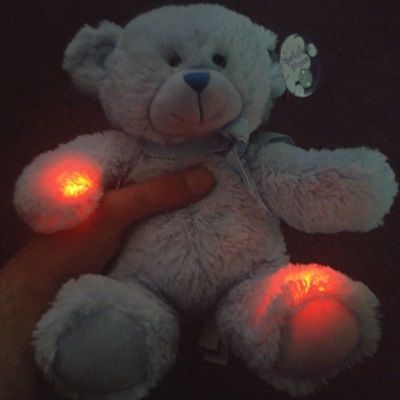 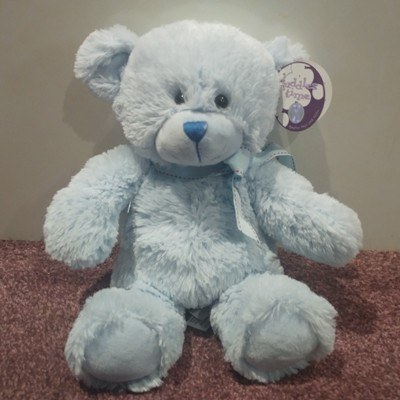 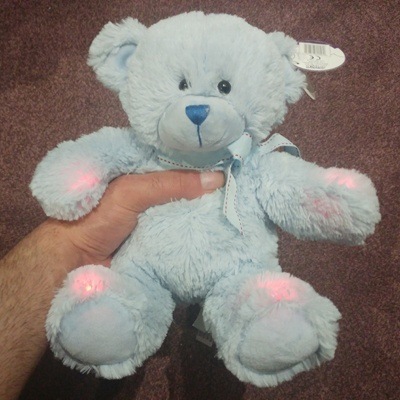 This Silent RemPod Bear allows you to communicate with all paranormal spirits, and especially the spirits of children. It uses EMF technology to detect changes in its environment.

What does the RemPod bear do?

The Spirit Shack Silent RemPod Bear with flashing lights works incredibly similarly to the RemPod, but at a much better price. It has the added benefit of coming in the form of a fluffy bear, meaning it is a great piece of equipment to use when interacting with ghost children. This Silent Rem Pod Bear works exactly the same as the RemPod, which is triggered when it senses changes in the surrounding energy field.

This Silent RemPod EMF Bear is built specifically with paranormal investigation in mind. It is cuddly and cute, meaning children spirits are highly likely to want to interact with it when you take it out on ghost hunting investigations. Despite this, it is an incredibly sophisticated piece of equipment.

It is worth noting that we have a very limited stock of these bears, so make sure you get one quick while stocks last! We have thoroughly tested this product on investigations where there are known ghost children, and the device has worked very well.

How does the Rempod Bear?

The Spirit Shack Silent RemPod Bear generates its own static EMF field. If anything at all enters the field, which could be humans, spirits or otherwise, the device will be triggered. This device has the benefit of being incredibly sensitive, meaning it will trigger itself even with a light disturbance.

This RemPod Bear is a sensitive piece of equipment, and offers 360-degree detection with its magnetic field. This means it is able to detect and is triggered by spirits from all angles, improving your chances of capturing the movements of a paranormal entity. The bear flashes bright red, which can be seen from very far away especially in the dark.

The EMF RemPod Bear is powered by a 9v battery (not included) which can be easily replaced. The battery can be accessed on the back of the bear from an external power source, which allows for easy replacement when needed.

The EMF RemPod Bear is useful when conducting investigations where you are using recording equipment. Due to the device being silent and only showing flashing lights when it is triggered, it is great to use alongside other recording equipment as it will not disrupt the recording.

How to use the RemPod Bear:

Since this EMF RemPod Bear is triggered by a change in the EMF field, it is a good idea to set it up away from other equipment or devices. Make sure it is also away from any paranormal investigators as they could trigger the bear by moving within its EMF field.

If you are using cameras in the paranormal investigation, make sure they are positioned to point at the bear so you can record any disturbances including when the bear is triggered.

If you want to ask the spirits you encounter questions, this Silent RemPod Bear is a great piece of equipment. Simply purchase multiple Bear’s and set them up in different areas of the room, away from people and other pieces of equipment. Ask the spirit questions, and label the bears “yes” and “no” so that they are able to answer. For example, “Are you happy to communicate with us, trigger the bear by the door for “yes” or the bear by the window for “no”.

This allows for some sophisticated communication with paranormal entities. Due to the bears fluffy and attractive exterior, it is very likely that children ghosts will want to communicate with the bear much more than with just a standard RemPod.